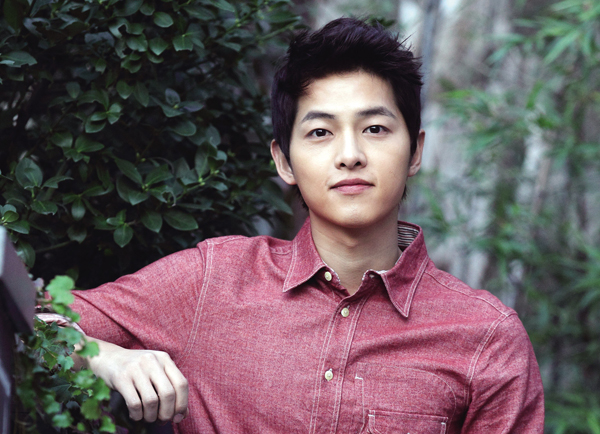 Recently, he has been spending time with his family. His parents traveled to Seoul from their home in Daejeon to send off their son, according to local media reports.

He did not schedule any official event yesterday. He will shave his head this morning in preparation for his enlistment and will then head to Chuncheon, Gangwon.

Song plans to arrive at his destination after noon and will have some last words to share with fans. It is expected that many will gather to see a final glimpse of the much-loved actor.

Meanwhile, Song had a fan meeting two weeks ago at Sangmyeong Art Center. Over 1,400 fans from Korea and overseas, including Japan, China and France, were in attendance.