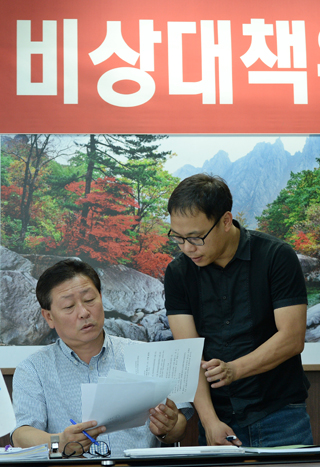 The government yesterday proposed talks about restarting tours to Mount Kumgang on Oct. 2, although North Korea may want them sooner.

“The Ministry of Unification proposed to the North’s United Front Department that we hold a working-level talk on the resumption of Mount Kumgang tours on Oct. 2,” said a Unification Ministry official, speaking on the condition of anonymity.

The ministry proposed the talks be held at the resort itself.

“As we have agreed to hold family reunions for five days from Sept. 25 through Sept. 30 and are going to have another set of talks on forming a South-North joint committee for the Kaesong Industrial Complex, we thought the proposed date would best serve the interests [of both parties] in terms of timing,” the official said.

On Aug. 20, Seoul originally proposed holding talks on restarting tours on Sept. 25, and Pyongyang said it wanted them at the end of this month or in early September.

The official also noted the issue of resuming tours to Mount Kumgang is separate from the reunions of families separated by the 1950-53 Korean War, which the ministry dubs purely humanitarian. North Korea sees the issues as linked.

Tours to Mount Kumgang stopped in July 2008 when a South Korean female tourist was shot and killed by a North Korean guard for allegedly trespassing into an unauthorized area.

Initiated in 1998 under the Kim Dae-jung government’s Sunshine Policy, or an engagement with Pyongyang, the tours were a symbol of inter-Korean business cooperation. Hyundai Asan, the North Korea business arm of Hyundai Group, was the operator, and the program attracted over 1.95 million tourists to the eastern coast resort until its suspension.

The ministry in charge of inter-Korean relations also said an advance team of 56 technicians will go to the resort for maintenance work on facilities today and tomorrow to prepare for the family reunions scheduled for Sept. 25-30.

The workers - technicians from Hyundai Asan and the Korea Electric Power Corporation - will be led by a representative from South Korea’s Red Cross, who is also a Unification Ministry official.

The ministry said it will be the first time in three years a South Korean government official enters the shuttered resort. The workers will depart for the resort at 9 a.m. and return to the South at 5 p.m.

Meanwhile, a senior source from the Park Geun-hye administration told the JoongAng Ilbo yesterday that Seoul has high hopes that the North will unfreeze the assets at the Mount Kumgang resort before the Sept. 25 family reunion.

“The North must unfreeze properties at the Mount Kumgang resort before the reunions, and that is the position of the Blue House and the government,” the source said. “We will make sure this happens.”

Following the suspension of the tours in 2008, the North illegally seized properties at the resort owned by the South Korean government and private enterprises.

“For the reunion events to take place, we have to use the reunion center and the hotel that the North illegally seized,” said the source. “The separated families cannot meet or sleep at properties that are considered stolen. I believe the North also has a plan to resolve this issue.”

He said the matter was already mentioned by the North when the two Koreas agreed to hold the reunion events at the resort. “The North didn’t give us an official answer yet, but I don’t think it will complicate this issue,” he said.