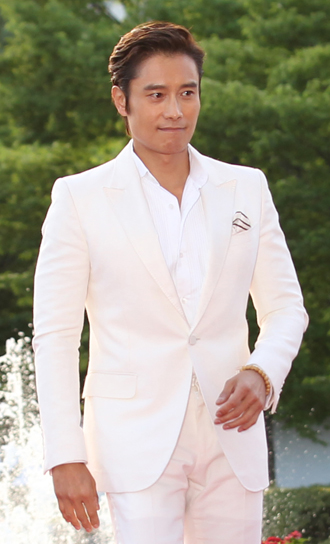 Leading actor Lee Byung-hun has been selected as an honorary ambassador for this year’s annual meeting of the Association of Film Commissioners International, a group dedicated to helping facilitate international coproductions.

The AFCI Cineposium is scheduled to be held in Jecheon, North Chungcheong, for four days beginning Sept. 29.

With Lee’s fame across Asia and growing status in the West - he most recently starred in the Hollywood films “Red 2” and “G.I. Joe 2” - he was considered the ideal star for the global gathering.

“This year’s event, fittingly titled ‘East Meets West,’ seeks to promote the growth of the East-West film business with an engaging keynote and panel speakers addressing how to effectively navigate cultural, social and economic diversity while responding to the unique needs of production systems hailing from both reaches of the globe,” said the group in a statement.

Lee will be officially appointed to the position on Sept. 4, where he will conduct a press conference as well.