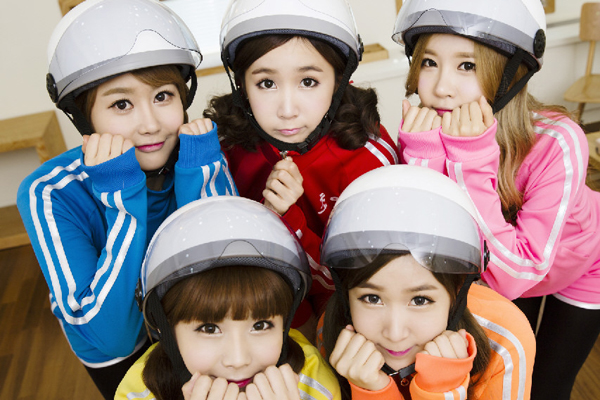 The U.S. morning show “Good Morning America,” broadcast a report about the Korean girl group Crayon Pop on Wednesday, under the title “Will Crayon Pop Create a ‘Gangnam Style’ Sensation?”

The segment introduced Crayon Pop as “wacky and bizarre” but also said the rookie band was sitting at the top of the charts in Korea.

In an interview, Crayon Pop member Way said that the song was meant to give a source of energy and strength to people in tough times.

Meanwhile, Crayon Pop’s agency again tried quelling controversy about the group’s and its agency’s links to the right-wing Web site Ilgan Best Garage (widely known as Ilbe), promising “not to have any more controversies and act with prudence.”