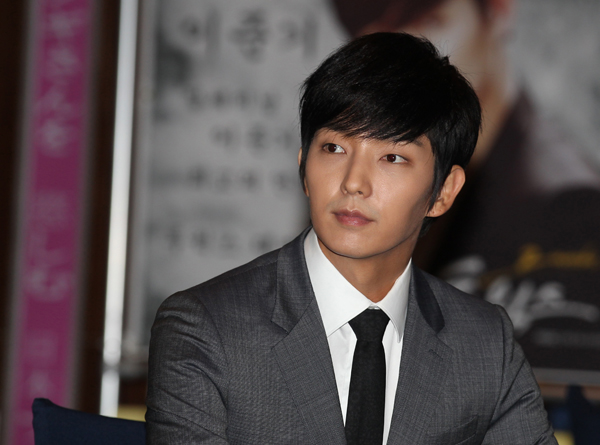 Actor Lee Joon-gi, who leapt to fame in 2005 thanks to the movie “The King and the Clown,” celebrated reaching an impressive 7 million followers on Weibo, the Chinese version of Twitter, yesterday.

“I am celebrating with So-yeon. Although I don’t look good in the picture,” he added.

Both Lee and Kim appear to be wearing makeup from the set of the drama “2 Weeks,” posing with their fingers in a “V” for victory.

Lee signed up for Weibo last February and has regularly communicated with his Chinese fans since then.