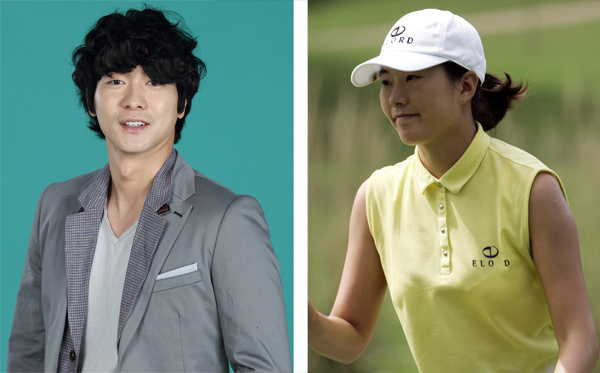 Professional golfer Ahn Si-hyun and her model-turned-actor husband, Marco, have reportedly been divorced for two months.

Local news media outlets reported quoting Marco’s agents that the couple has agreed to go its separate ways in June. Ahn will take care of their 16-month-old daughter, Grace, they said.

A red flag was raised in their relationship in early June when Ahn reported to the police that Marco hit her. The police raided Ahn’s house in Geumho-dong, northeastern Seoul, and arrested Marco. He was sent home the next day after Ahn said she had no intention to press charges, and local media outlets brushed it aside as a passing conflict between a celebrity couple.

Marco’s agents told local newspapers that the assault incident has nothing to do with the divorce, but there still appeared to be a conflict between the couple.