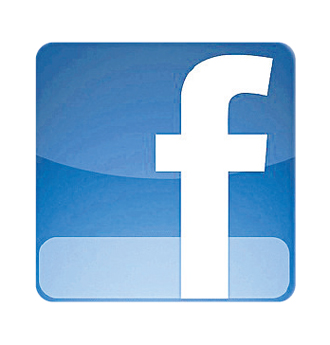 Miss Kim, a 21-year-old college student, used Facebook frequently, along with most of her friends. She described places she had visited, “liked” her favorite movies and books, and posted photos with her friends. To Kim, Facebook was just one more place online where she could interact with her friends.

But starting in July, Facebook no longer felt safe to Kim because of a feature called Graph Search.

Introduced in January and extended to all Facebook accounts in July, Graph Search allows Facebook users to search the accounts of all their “friends” in a way they couldn’t before, including their photos, friends, classmates, interests and places they have been.

Before Graph Search, you had to search through friends’ accounts individually, and what you found depended on what that person allowed in his or her privacy settings. It was impossible to search systematically for other people’s information and photos under specific categories.

“Now it’s possible for my boyfriend to dig up all the photos of me with my ex-boyfriend, or for anyone to see my comments and pictures from the past,” Kim said. “Facebook stalking is much more easy. It is downright creepy.”

“I have a blind date arranged for next week,” a Facebook user named Lee told the Korea JoongAng Daily. “And I can’t help thinking that he’ll be looking up my information on Graph Search. He can look up my interests, the places I’ve been, comments I’ve written and other stuff I don’t want him to have such easy access to.”

“He basically has the tools to gather so much information about me even before he meets me,” she added. “It’s weird.”

According to Yonhap News Agency, 67 percent of unmarried adults who have gone on blind dates admitted they have used social networking services - mainly Facebook - to gather information about the date in advance.

Facebook argues that the new search function merely makes it easier to find things that are already public, which its users have already shared with others.

And Facebook says its privacy settings allow users to “untag” from posts, photos and places, and limit the amount of information that is accessible to the public.

But many users find the privacy-settings excuse is just a way for Facebook to dodge responsibility. Privacy settings keep changing every time Facebook adds a new feature - usually one that helps it make more revenue from advertisements. And the idea of untagging oneself from a countless number of photos on Facebook is daunting.

In addition, many people posted things in the past only when a small circle of friends could see them. But Facebook has evolved into a less private place online.

“This Graph Search is making things public that were buried in time,” said Kim Joon, a high school senior. “Some kids are now totally deleting Facebook [accounts] because they feel insecure.”

“Graph Search should serve as a reminder that the information we put on social media isn’t always private and might be accessed by anyone in the future,” he said.

The world’s most widely used social networking site is creating a database for a search engine that includes information on all of its 1.15 billion users.

“I would never have posted or commented as casually as I have been doing had I known that Facebook would do such a thing,” said a 54-year-old Facebook user.

Facebook’s Graph Search is not alone in this controversy. Naver, the most widely used search Web site in Korea, has been using a similar search function called Social Network Search.

Social Network Search allows people with Naver accounts to look up what their friends from blogs, online discussion groups or Me2day (Naver’s equivalent of Twitter) have posted online.

For example, if you wanted to enquire about a certain restaurant, the search engine brings up what your Naver “friends” have said about it. Previously, such information could not be attained systematically unless you visited individual blogs and pages.

Search engines such as Daum and Naver also allow people to search through public tweets from Twitter and posts from Me2day.

“I never thought my public Tweets could go beyond my followers to an unspecified public,” a 25-year-old Twitter user said. “It’s very disturbing that our thoughts are turning into something so easily searchable without us realizing it.”