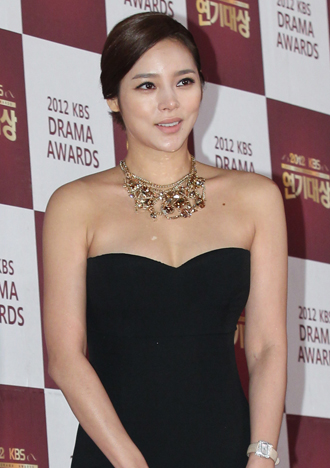 Actress Park Si-yeon of the KBS drama “The Innocent Man” is expected to deliver her baby this month, said her acquaintance, according to local media reports yesterday.

“Park and the baby have been told that they are both in great condition,” said the acquaintance.

“She is preparing for the labor by going to the hospital for a regular checkup once every week.”

Park became embroiled in a lawsuit in March as she was accused of abusing the drug propofol.

“She had been having some problems with her health earlier while spending a long time sitting on a hard chair at a court, but she has recovered to her normal self now,” said the friend.

“She is now set to focus on managing her health condition carefully until the due date.”

Park married a company employee surnamed Park in 2011. This will be their first baby together.