Idols show off sporty side

Idols show off sporty side 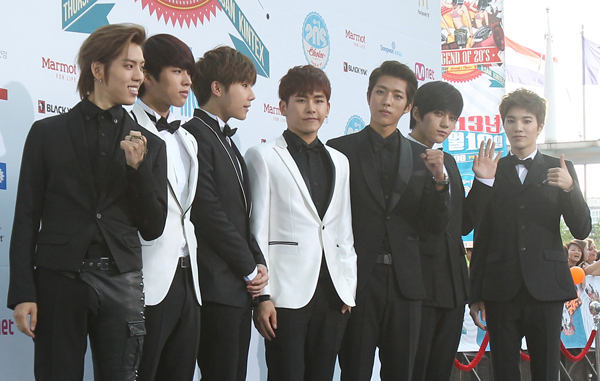 Popular boy groups including Exo, Beast, Infinite and Z:EA took a break from showing off their charms onstage. Instead, they completed with one another in sports to show their masculinity while filming a special entertainment show, tentatively named “Idol Star Sports Competition,” for Chuseok, or the Korean Thanksgiving holidays, in two weeks.

Many of the members gathered to play football, try archery and compete in a running race in Goyang, Gyeonggi, yesterday.

Along with boy group members, Suzy of girl group Miss A, and other female idol stars from Girls Day, Secret, A Pink and Crayon Pop will also show off their talents in sports.

It is said that over 160 young stars will join to make the seventh edition of the annual program.

The exact air date of the program on MBC has not yet been announced.