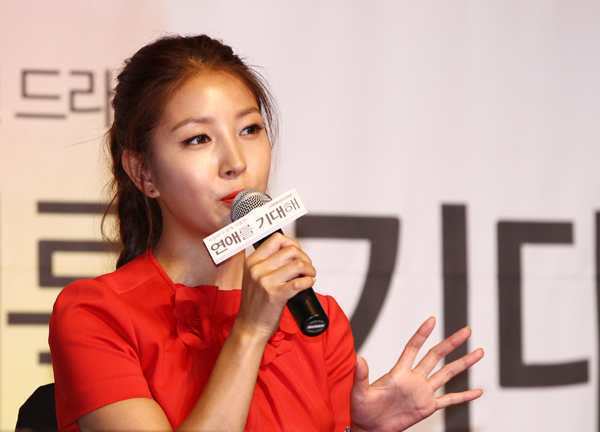 Singer BoA has said she is taking on challenges to expand her presence on the entertainment scene. The performer tried out acting, on KBS TV drama “Expect Romance,” for the first time recently. Her episodes are scheduled to air Wednesday and Thursday.

In the drama, BoA plays a girl named Yeonae who has superior looks but never succeeds to date a man for a long time.

“As I started my career early, I sometimes had to face some moments [where I felt] that I have to settle at where I am,” said BoA.

“I thought my youth was going to a waste, so I wanted to take a challenge on a new thing and climb up the ladder again.”

She then added that there is no rule that singers should only sing and not act.

“Comedians sing too, but people especially have prejudice over singers taking an acting job.”