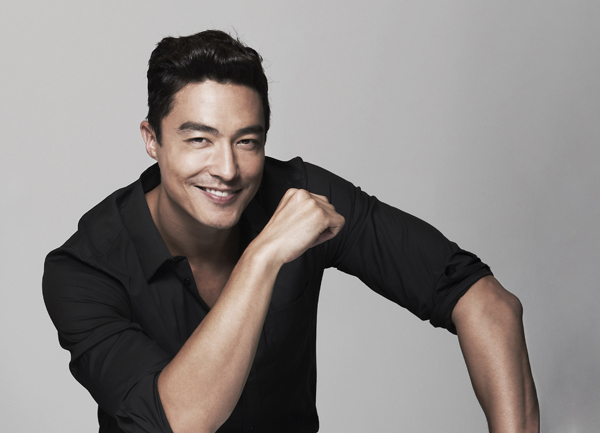 Actor Daniel Henney, 34, who became popular in the TV drama “My Name is Kim Sam-soon,” returned to the big screen in the new movie “Spy,” released in Korea yesterday.

Although he has the image of a romantic guy thanks to his TV drama role, his latest character is evil.

Henney plays a charming spy named Ryan, who in a bid to get closer to his target, Cheol-soo, attracts his wife.

“It is not fun when everyone acts as a comical character just because the movie is a comedy, and we need one character that is straightforward,” he said to the JoongAng Ilbo, an affiliate of the Korea JoongAng Daily.

“I was attracted to Ryan because he is the evil character, because the good character has to act kind and nice all the time, but evil ones can do anything.” 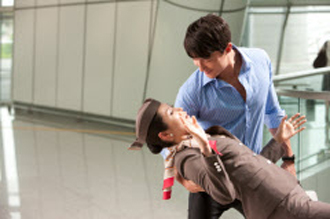 Q. Don’t you have more appeal as a romantic guy?

A. That is thanks to my debut drama “My Name is Kim Samsoon” in 2005. At that moment, I was doing a play in New York and then was suddenly offered a role from a Korean agency. That was a very fortunate opportunity, but I was, in fact, not ready to act in Korea because I had to start learning Korean - from how to say “hi.” If I had a chance to choose my own debut work, I would have started with comedy. I usually like doing a prank to surprise others, or enjoy bantering, and I often hear people calling me a fool.

What have you been doing since your last work in Korea in 2010?

I’ve made appearances in Hollywood, including the TV series “Three Rivers” and a movie, “The Wolverine.”

Don’t you want to focus more on working in Korea?

I want to become a role model to show what Asian actors can do in Hollywood. When I was young, there were no Asians on TV dramas in the United States. When they appeared from time to time, they were usually characters that did not speak English very well. There are not that many Asians who dream about being an actor in the United States as they don’t get to see lots of role models on television.

Do your good looks give you an advantage?

Actually, that has been a problem. I have heard so many people telling me, “You did good at the audition, but you can’t play the role because you are better looking than the actor playing the lead character.” Because I’m still playing supporting characters in Hollywood, there are limits in many ways. In that perspective, it is easier for me to take parts in TV series than movies, as the former have many diverse characters.

Don’t you want to act in Korean?

I can talk comfortably with friends in Korean, but acting in Korean is a completely different thing as I have to show emotions and body language along with the lines I read. I have thought that it is a real discourtesy to become a burden on the production team because my Korean sounds weird. But I started to think that maybe I can start acting in Korean language since last year if I get to try some easy roles first and then take a challenge to play more complicated ones.

What made you change your mind?

Maybe I’m getting old. If I look back, I have learned everything in Korea. It is Korea where I accumulated my career as an actor, and it is Korea where I learned about myself. I got a chance to work in Hollywood as I proved my potential through the Korean film “My Father.” So, that’s why I have been thinking that I want to become a Korean actor in Hollywood that Korean people can be proud of.