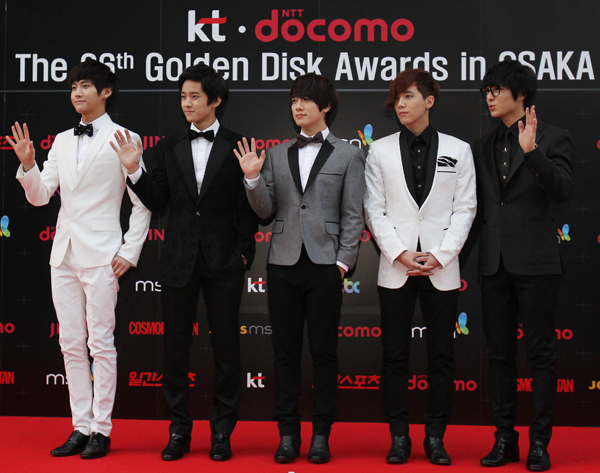 Boy band FT Island will release a new four-song album, whose lead-off single “Memory” was composed and written by group member Lee Hong-ki, according to the band’s agency yesterday.

The announcement is garnering attention because Lee’s previous songs, including “Black Chocolate,” have been well regarded by critics.

The new EP, titled “Thanks To,” is to commemorate the group’s sixth anniversary since its debut. All four songs included on the new album are said to have been composed and written by the band members.

Lee wrote two and Choi Jong-hoon and Lee Jae-jin each contributed one song.

After the album’s release, the group will hold two concerts, on Sept. 28 and 29, to celebrate its anniversary.