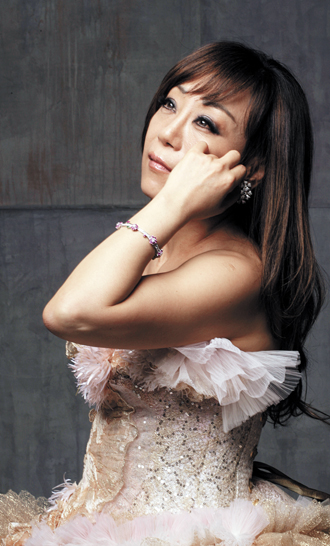 She confessed that she once fell for her friend’s boyfriend.

“I knew how much my friend liked him by talking about him throughout the night, but I was so perplexed when I first saw him because he was really a catch,” she said, recalling how she met up with him for three days after he gave her a call following their first encounter.

But she said she chose friendship in the end.

“As my friend was going through some miserable times, I confessed that I went behind her back,” she said. “But the guy immediately got out of my head when my friend told me that we are over.”

She also said that JK Kim Dong-wook, who also came on the show on Wednesday, has the ideal look she likes in a man.

Hosts on the show asked him to make a move on Jo, but he gave up when he came close to Jo, admitting that he couldn’t do it.