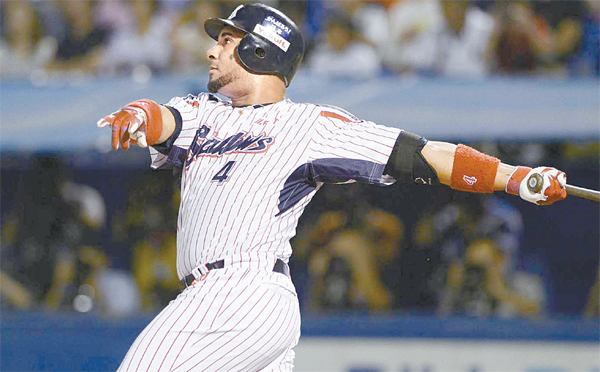 Wladimir Balentien of the Yakult Swallows hits his 56th home run off the Hanshin Tigers’ Daiki Enokida in the first inning at Meiji Jingu Stadium in Tokyo, yesterday, setting a new season record for home runs in Nippon Professional Baseball. Sadaharu Oh set the previous record in 1964. The former major leaguer hit another homer in the third, also off Enokida, to break the single-season Asian home run record, which was held by Korea’s Lee Seung-yeop of the Samsung Lions, who hit 56 home runs in the Korea Baseball Organization in 2003. [AP/NEWSIS]