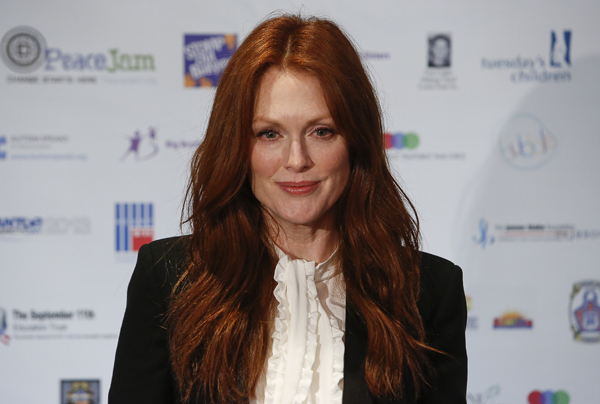 LOS ANGELES - Actress Julianne Moore will be dipping her toes into the young adult film universe with a key role in the two-part final installment of “The Hunger Games,” the film franchise’s distributor Lionsgate said on Friday.

Oscar-nominated actress Moore, 52, will play President Alma Coin in “Mockingjay” parts one and two. Coin is the leader of the rebel alliance against the dictatorship running the fictional capital city Panem in the novel’s dystopian future setting.

Moore will join a cast led by Oscar-winner Jennifer Lawrence, who plays heroine Katniss Everdeen, a young girl who becomes a symbol of hope for a repressed society after winning a life-or-death televised survival competition.

Moore has been nominated for four Oscars, including her role in 2002’s “The Hours.”

“The Hunger Games,” based on the first of a trilogy of novels by Suzanne Collins, grossed more than $400 million in the North American box office when it was released last year and has catapulted its young stars into the avidly followed young adult fiction spotlight. The second film, “Catching Fire,” will be released on Nov. 22 in theaters.