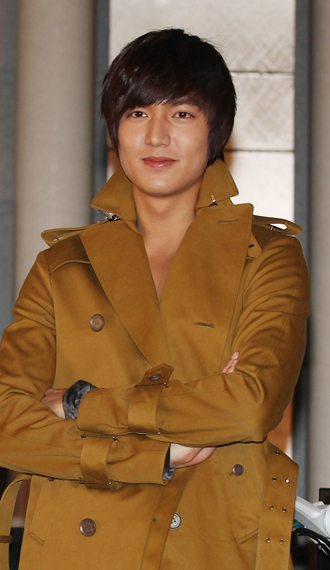 After a series of successful drama roles, Lee Min-ho might land his first film lead soon.

Lee’s agency announced yesterday that the 26-year-old had indeed been given the manuscript for “Gangnam Blues,” the latest film by Yoo Ha, famous for such recent hits as “Howling” and “Frozen Flower.”

While nothing has been signed yet, Lee’s spokesperson did say that they were leaning toward taking the role.

Yoo’s film is set in the southern Seoul neighborhood of Gangnam in the 1970s, when it was just starting to be developed. As it swiftly turned from fields into one of the most elite parts of Seoul, corruption was a serious problem in the area’s development.

According to local media there are many actors eyeing the role, as crime thrillers are a popular genre, and Yoo is a hot name in cinema.

Yoo’s “Once Upon a Time in High School” cemented Kwon Sang-woo’s reputation as a leading actor in Korea, and his “A Dirty Carnival” took Zo In-sung’s career to the next level.

Whether or not Lee ends up working with Yoo, he has confirmed that his next project will be on the small screen, the SBS drama tentatively titled “The One Who Wants to Wear the Crown.”