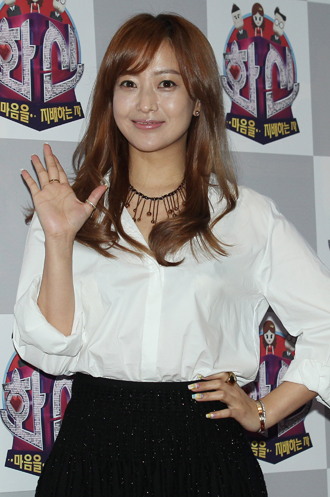 Broadcaster SBS will unveil its new live talk show today after trying out a new format last month in its Tuesday program, “Hwashin -- Controller of the Heart.”

The program went live on Aug. 27 with a new name, “The Hwashin Live.” Although SBS failed to garner the higher audience viewership rate it expected, the broadcaster said it will amend problems to make the live show better and will come back stronger.

The broadcaster has given a new name for the live show, “The Hwashin Live, Hot Potatoes,” pledging that it will encourage the audience at home to communicate more with guests on the show.

The celebrity guests for today’s show have not yet been announced, but SBS said that mysterious guests will be able to help sustain the hype over the arrival of a live talk show.