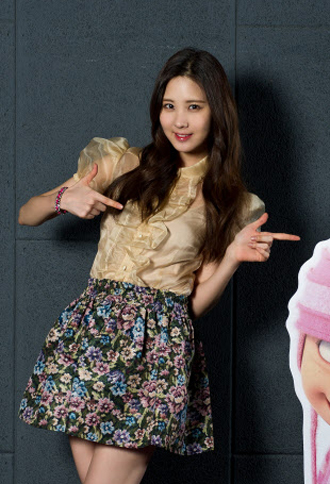 Seohyun of Girls’ Generation said she feels like she is a novice in acting despite her celebrity status as a singer during a press conference for the new SBS weekend drama “Passionate Love” in Yeouido, western Seoul.

She will play a college student named Han Yu-rim, who is not only smart but charming.

“Although I have accumulated some experience as a singer, it is my first time acting,” she said. “As I’m the novice putting a challenge into a new field, I’m putting my best effort in filming.”

The first episode will air on Saturday.

“I’m honored to have worked with great staff members and fellow actors and actresses in a great drama,” she said.