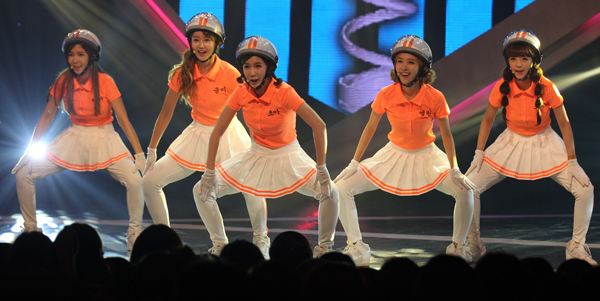 The EP features all of the songs the group had released so far since its debut in July last year, including debut song “Saturday Night” and global hit “Bar Bar Bar.”

It tells the story of a girl, who has no one to play with on a rainy Friday night, ending up dancing alone under the moonlight.

Because the new album includes new versions of all the songs the group had released before, the agency expects that fans will have fun comparing old and new versions.