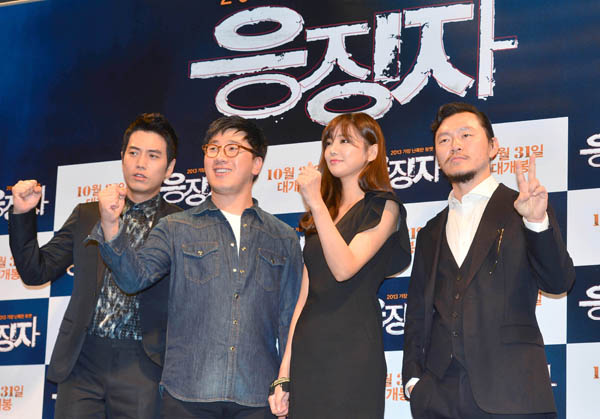 Cast members and the director of the upcoming movie “Days of Wrath” cheered for the movie’s success yesterday during a press conference at Apgujeong CGV in southern Seoul.

Director Shin Dong-yeob produced an action-thriller movie where actor Joo Sang-wook plays a character named Junseok, who can’t forget about his days in high school where he was bullied by Changseok, played by actor Yang Dong-geun.

Junseok, still living with spite 20 years after graduating from high school, decides to get even with Changseok by bullying him the exact same way he was being harassed as Changseok prepares to marry Ji-hee, played by actress Lee Tae-im.

During the press conference, Joo said that he has never seen anyone as shy as Yang. He said Yang always gave him short answers whenever he tried to start a conversation.