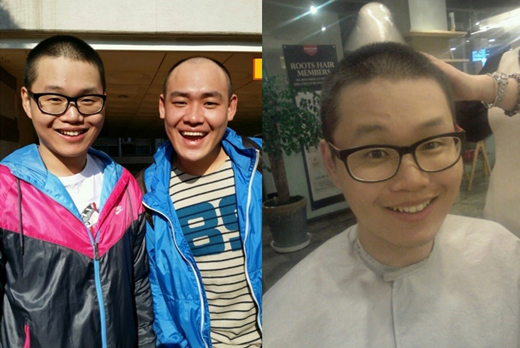 Choi went to Nonsan, South Chungcheong, where the military training camp is located, to report for duty.

After he completes basic training, he will serve at an entertainment unit under the local police. He will be serving there for 21 months.

“Our ‘Gag Concert’ family had a busy time making fun of me,” said Choi to the local media, before signing into the camp. “It feels like I have been in the army in the past eight months, since my enlistment date was decided.”

He promised that he would try harder to entertain his fans after he is done with his mandatory military service.

“I’m so happy for the fans who love me, and also very sorry if I have not satisfied them enough with my segments.”

Several comedians traveled with Choi to Nonsan to say goodbye.