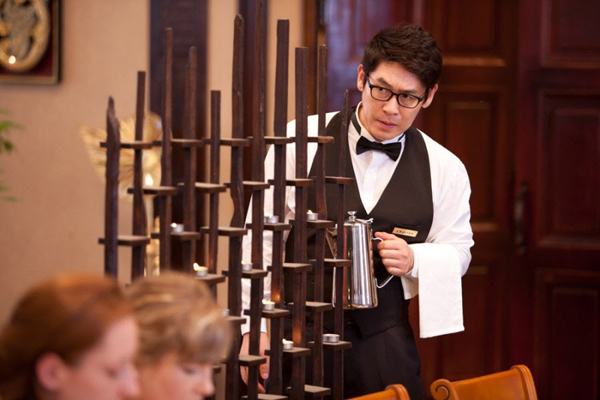 Director Lee Joon-ik’s new movie “Wish” topped the local box office over the weekend, garnering 475,611 admissions for his retelling of an infamous child rape case from 2008, according to the Korean Film Council. The film released on Wednesday stars veteran actor Seol Kyung-gu and actress Uhm Ji-won as the parents of the girl called “Sowon,” or “wish,” in this version of a tragic story that shocked Korea when it happened.

Actor Yoo Ah-in’s new movie “Tough as Iron” was the second-most popular movie over the past weekend, slightly trailing “Wish” with 407,000 admissions. Since opening Wednesday, “Tough as Iron” has pulled in 780,000 admissions, even though it appeared on more screens than “Wish” at 683 versus 622.

The period film “Face Reader” fell to third with 290,000 admissions, bringing its total to 8.7 million. “Face Reader” has now made more than 63 billion won since it was released on Sept. 11.

Hollywood accounted for the rest of the Top 10, with horror film “The Conjuring” leading the way in fourth, followed by “Despicable Me 2” in seventh and “Monsters University” in eighth. Another Hollywood movie, “Prisoners,” starring Hugh Jackman and Jake Gyllenhaal, had a weak opening in Korea, launching in fifth place.