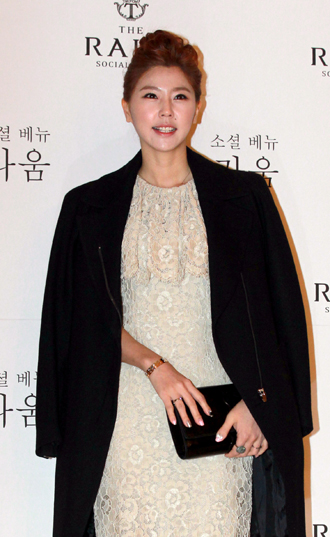 Actress Lee Yoon-mi of the KBS drama “Dream High” made a cameo appearance during the filming of an SBS drama on Tuesday.

Lee will star as Monica Kim on the 58th episode of “Two Women’s Room,” which will be aired on Oct. 23. So far, her role has not been reported in detail.

It is the first time Lee has taken part in a production since “Dream High,” which ended in February 2011.

During filming, she posted on her social network accounts how she felt about being back in the drama studio: “It is nervous to act for the first time in a long time.”