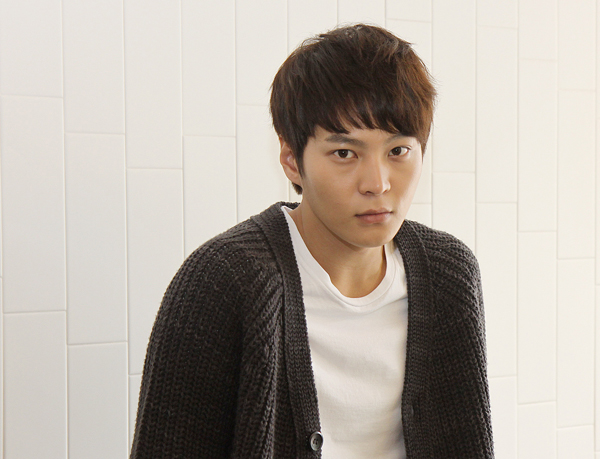 Actor Joo Won is greedy. As soon as he completed filming for the TV drama “Good Doctor,” he started practicing for the coming musical “Ghost.” And since September, he has been working on his master’s degree in communications at Konkuk University.

The actor only made his debut in the 2010 drama “Bread, Love and Dreams,” but since then he’s been working practically nonstop. He was in the KBS drama “Ojakgyo Brothers” and the movie “Special Investigation Unit” in 2011, then the KBS drama “Bridal Mask” and movie “Don’t Click” in 2012. This year, he has already starred in two TV series, the MBC drama “7th Grade Civil Servant” and “Good Doctor,” and somehow found the time to squeeze in the movie “Catch Me,” which will be released in December.

While Joo has tackled all sorts of roles, he impressed the most with recently-wrapped drama “Good Doctor,” where he played Si-on, an aspiring doctor who is autistic. He said that he wanted to show how people suffering from autism can fit in with society.

“I have thought about how Si-on could be better-rounded,” he said in a recent interview with Ilgan Sports, an affiliate of the Korea JoongAng Daily.

“I have concluded that Si-on will grow social when he finds another person at the hospital who cares about him.”

Now he’s joining the musical “Ghost,” which starts its run on Nov. 24, but Joo is happiest when he’s working the most he can.

Q. You started practicing for the musical the day after the drama was ended. Why didn’t you take a break?

A. I wanted to, but I had to get my act together. I was starting training two weeks later than the other performers, so I had no choice but to focus on practicing. I usually can’t eat when I’m under some stress or am nervous, and I couldn’t eat a single meal on the first day of practice. I do have a lunch break, but I couldn’t leave the training room because I had so much to do.

I’m quite healthy. I just feel relaxed when I get to places at least 30 minutes before the go time. Being able to take some time to relax before starting is very different from hurrying. Many on the crew or others may not have liked the fact that I always arrive early without showing any signs of fatigue.

What do you want to do when you get to have some time off?

I want to take a trip somewhere but don’t want to take several months off because I think I would get nervous. I get more energy when I work, when I’m emotionally and physically tired.

What do you feel about stepping down from the KBS program “1 Night, 2 Days?”

I’m sorry to the crew and other workers. I found myself just listening to the other participants’ comments, like I was in the audience. I was so sorry that I wasn’t doing my part. When I decided to step down from the program due to the musical schedule I thought maybe the program would do better without me.