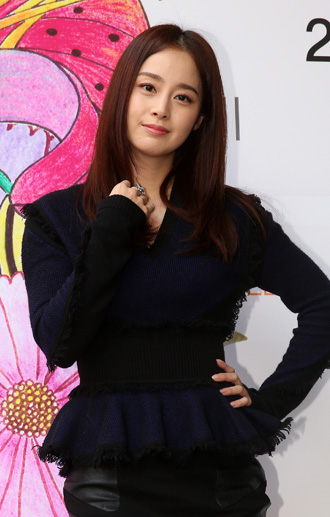 Actress Kim Tae-hee of the SBS drama “Jang Ok Jung” styled herself in a more funky fashion than usual in a photo shoot with the fashion magazine Cosmopolitan.

In the November edition of the magazine, she lost her previous clean and immaculate image with her hair neatly tied up, and wore smoky-eye makeup and an untidy hairstyle with bangs.

She also used a darker color of nail polish along with a rider’s jacket to stay more casual.

It has been said that she was more provocative in the photo shoot, which took place in Berlin.

Meanwhile, in an interview on Wednesday with the SBS Entertainment show “Midnight TV Entertainment,” Kim said that her beauty has changed after she was asked when she considers herself pretty.