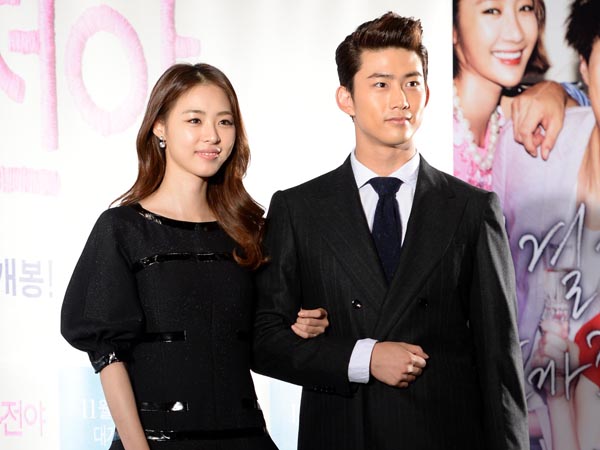 Actress Lee Yeon-hee, left, poses next to singer Ok Taecyeon of the K-pop group 2PM to promote her movie “Marriage Blue” at the Megabox Theater, COEX Mall, southern Seoul. The two actors play a couple who are set to get married in seven days, after having dated for seven years. The singer is making his big-screen debut with this movie, which is set to be released on Nov. 21. [NEWSIS]