School’s out for Kahi as K-pop singer goes solo

School’s out for Kahi as K-pop singer goes solo 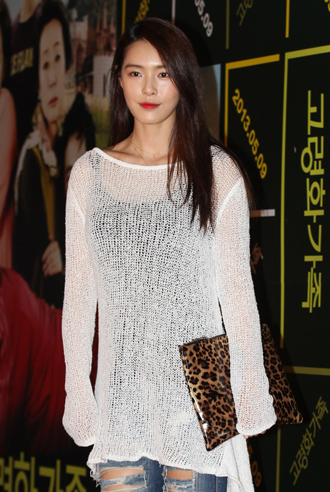 Kahi, former leader of the girl group Afterschool, launched her solo career with the release of the mini-album “Who Are You?” earlier in October.

For the singer, whose real name is Park Ji-young, becoming a solo artist has been a long, difficult path. She started as a backing dancer in 2000, then became a founding member of Afterschool in 2009.

Kahi actually released another solo album back in 2011 but, as she was still a part of Afterschool at the time, the singer says this new album feels more like the true start of her career as an individual artist.

She also says that this record represents a new phase in her career, one that is more focused on music than on a sexy image.

“I don’t want to compete with other idols any more,” she told Ilgan Sports, an affiliate of the Korea JoongAng Daily. “To show what I can do, I participated in about 98 percent of the overall album production.”

Q. What did you want to show with this album?

A. The title of the album is “Who Are You?” In fact, I don’t know who I am exactly. But I hope fans feel ‘this is Kahi’ when they listen to my album. Before, I was wearing armor to look strong, but now I’ve thrown that away. I want to show the real me.

You’re not projecting a sexy image any more.

I’ve tried not to wear anything sexy on purpose. I didn’t want to appeal as “I’m pretty, I’m sexy.” I wanted to be plain and natural.

How is the music different from Afterschool?

I wanted to do something different, with more music talent in it. I like acoustic rock, hip-hop and R&B. When I was doing dance music, I always wanted to delve into more mature music.

Have you heard you look freer now?

That’s because I was the leader of a girl group. I had to make the others practice, and I couldn’t help but look strong. But now I’m alone, I want to be more comfortable. And I am comfortable.

Was it stressful making this album?

Because I didn’t have a deadline, I wasn’t stressed. I wanted to work with some new composers, so I met many over about a year and listened to around 120 songs.

What is something only you can do?

I don’t think I’m feminine. Rather, I have more of a unisex appeal.