Park Ji-yoon back with a new style

Park Ji-yoon back with a new style 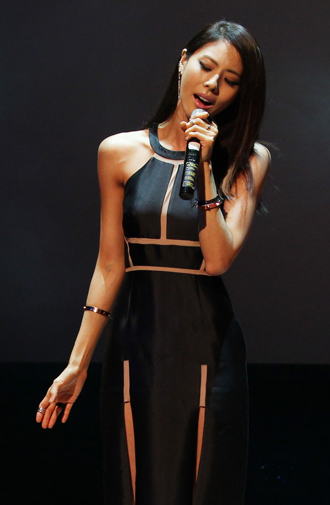 It wouldn’t be an exaggeration to say that singer Park Ji-yoon had one of the most memorable coming-of-age transitions in Korean music history. After making her debut as a sweet, fresh-faced 15-year-old with “Sky Blue Dream” in 1997, her grown-up, sexy style on “Grown-up Ceremony” in 2000 caused jaws everywhere to drop.

Since then, she has never stopped pursuing new music. After three popular dance-filled albums for K-pop powerhouse JYP Entertainment, Park left the label and went indie on her next two releases.

Now, however, the 31-year-old singer has switched direction again, teaming up with producer Yoon Jong-shin of Mystic 89 for the two-track mini-album “Mr.”

“I wanted to collaborate with rappers as they lead music trends,” Park said to Ilgan Sports, an affiliate of the Korea JoongAng Daily. Her latest single, “Mr. Lee,” was written by the popular composer Primary and contains raps by San E.

It is the first of four singles she will release over the next few months as she gears up for her ninth album next summer.

Q. How is this release different from previous ones?

A. Because I was producing on my own [on my last two albums], I just did what I wanted to do. But this time I followed Yoon’s direction.

Why did you decide to work with Yoon?

After producing two albums by myself and learning a lot, I realized how hard it is. It was too limiting to continue doing it all on my own. I needed a good producer and Yoon approached me.

You’ve been singing since high school. How do you feel about other high-schoolers starting out nowadays?

Times are different now. Not only in the training system, but also because their attitude is different. I looked immature and childlike when I made my debut because I didn’t know much. These days, kids are trained really well before making a debut, so they have good foundations.

Do you feel competitive with other solo female singers?

I’m too old to feel that kind of burden. I just need to go my own way. Singers like IU and Seo In-young have some lovely concepts, and I want to show that I can make music in the latest trends. In fact, I’m delighted that there are many female singers out there at the same time.