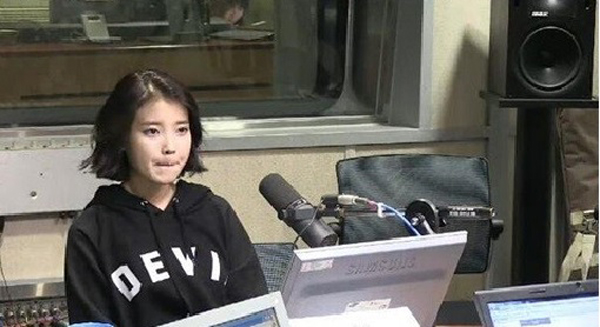 Singer IU has cut her hair short after keeping it long for about three years.

She showed off her new hairstyle for the first time to fans on the radio program “Jang Ki-ha’s Great Radio” on SBS yesterday, which streamed live video of the show from the studio.

She said she wasn’t going to show it that day and forgot that the radio program would also be showing visuals.

“I wanted to keep it secret as long as possible,” said IU, “because the promotion of the song is short this time, and I think it’s going to wrap up by next week, so I wanted to show it off on stage, but now it’s out.”

She added that the new look is not so comfortable yet, but she likes it because her lower face looks more V-shaped after her hair was cut above her shoulders.

“For the first time in 21 years, I realized that, and it takes less than three minutes to wash my hair. I love it,” she added.