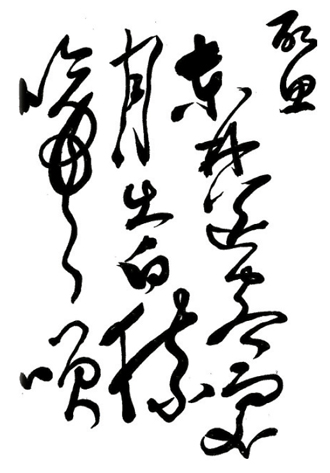 Calligraphy that is allegedly by Wang Geon, the founder of the Goryeo Dynasty, is making headlines. Provided by the Korean Studies Advancement Center

Before the world went digital, people’s handwriting used to be considered a window into their true character.

So it is not surprising that there’s much excitement over an old book that has recently been discovered, a book that might contain the handwriting of King Taejo (877-943), founder of Korea’s Goryeo Dynasty (918-1392).

The book consists of poems and writings made by a gathering of Goryeo officials and scholars led by Jeong Mong-ju (1337-92), one of the most respected and loyal officials of the era. But it also contains a woodblock print of a handwritten poem by King Taejo, also known by his name, Wang Geon.

The gathering was a solemn one, taking place in 1387 amid the imminent fall of the Goryeo Dynasty. Jeong and others read the king’s poem, reaffirming their undying loyalty to him and the dynasty.

The poem was written in 916, two years before Wang Geon became the king, and given to a Chinese warrior known as Yu Deok-yang. When Jeong visited China 400 years later, he obtained the poem from Yu’s descendents and brought it home for the book.

“This marks the first time that ‘Baegwoncheop’ is being unveiled to the academic society,” said Kim Mi-yeong of the center.

The center says that the book was obtained in 1926 by the Burim Hong clan, the descendents of one of the attendees of the 1387 gathering, and has been managed by the clan. 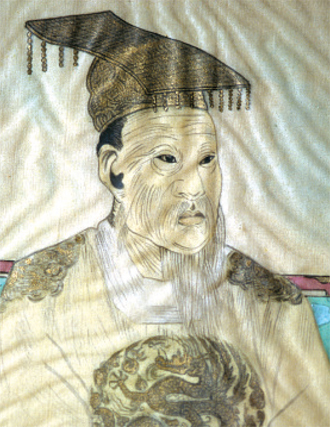 Wang Geon, the founder of Goryeo

However, even before the book was revealed at the conference on Oct. 17, media reports about it had surfaced, casting doubts on the authenticity of the poem. The Korean Studies Advancement Center also released a photo of the poem to the media beforehand.

Kim Yeong-bok, a bibliographer and the CEO of Auction Dan, a company that specializes in ancient art, told the JoongAng Ilbo that he believes the writing is not actually by King Taejo, but by Hwang Gi-ro (1525-unknown), a writer from the mid-Joseon Dynasty (1392-1910).

“We recently found a book by Hwang, and his writing matches that of the poem in ‘Baegwoncheop,’” he said. Hwang, a noted calligrapher of the time, was known for writing in a style known as Gwangchoche, which is marked by strong and bold lines.

Lee Dong-guk, a curator at the Seoul Arts Center, also said that the poem in “Baegwoncheop” is in the Gwangchoche style, which was in fashion during the mid-Joseon period.

“It’s hard to conclude that the poem is by Wang Geon, as there are no historical records that Gwangchoche was in use during Goryeo and there are no handwriting examples by Wang Geon that exist today that we can refer to,” Lee said.

Given those limitations, how did a Joseon-era poem end up in the Goryeo-era “Baegwoncheop”? Experts say the poem was probably inserted later on.

“‘Baegwoncheop’ hasn’t been known to the academic society until now,” said Park Jong-ki, a history professor at Kookmin University who specializes in the Goryeo period. “There has to be further verification.”