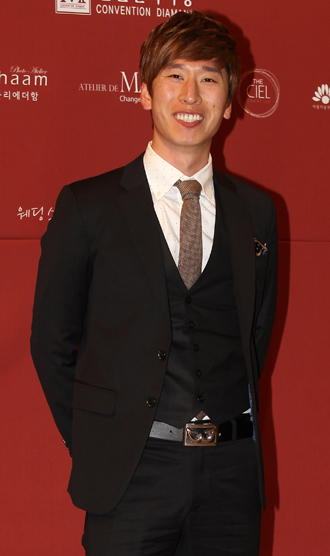 “They have been dating officially for about a month,” confirmed Yang and Chun’s respective agencies, Coko Entertainment and TS Company, yesterday to Ilgan Sports, an affiliate of the Korea JoongAng Daily. “As they just started dating, please [support] them.”

The two met recently through mutual acquaintances and their feelings toward each other grew fast. People who know the couple well have reportedly said that the two clicked quickly as they are both from the same region, Gyeongsang.

Chun garnered public recognition because of her doll-like looks and glamorous figure after she took part in the KBS program “Love and War 2” in April and August.

She is considering other roles she can play in the future.