IU: I didn’t eat for awhile

IU: I didn’t eat for awhile 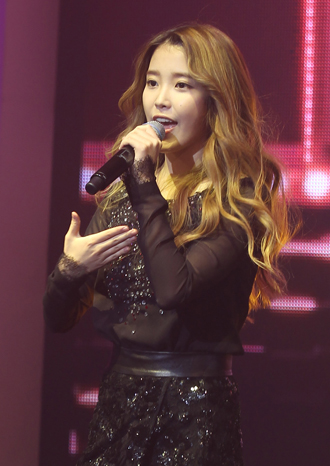 Singer IU said on the KBS entertainment show “Happy Together3” on Thursday that she didn’t eat any food while she was trying to lose weight to look better on camera.

“When I was doing it hard core, I did not eat but worked out,” she said. “I even lost 4 kilograms in four days.”

She said that while on this diet she only ate one sweet potato and one apple a day to control her weight, adding that she has not been eating well recently as she has had to promote her new album.

IU also said she once suffered from having vocal cord nodules, not from singing too much, but from trying to laugh loudly.

“When I just started, people wouldn’t talk to me on entertainment programs, so I had to just give out big reactions to what others said,” she said.

“The symptom was too serious for me to sing, and I felt so restless that I couldn’t do what I wanted to do.”