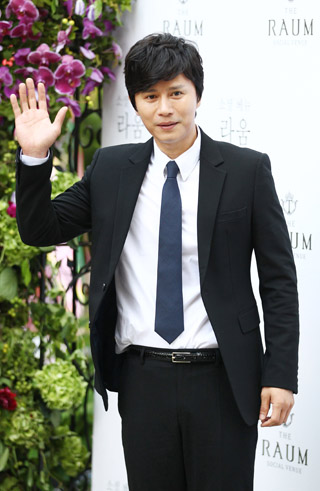 One of the biggest stars of the early 1990s, Kim Min-jong, talked about why he retired from music in 1996 and made a comeback less than two years later, while on the SBS talk show “Healing Camp” on Monday.

Kim, 42, was asked about an infamous episode when one of his biggest hits was found to have been copied from a Japanese song, forcing him to quit singing - at least for a time.

“[After the incident], I was going to focus on my acting career. But when the issue subsided. Whenever I watched music programs on television, the passion of being a singer kept on welling up in my heart,” said Kim.

“The eagerness to sing again kept growing inside me, so I just made up my mind to resume my singing career, even though it meant I faced being criticized and reviled in public.”

Kim said the song “Good Love” was what finally convinced him to come back.

“I felt like I would regret it for the rest of my life if I didn’t sing this song,” said Kim.