Park Ji-sung to get married

Park Ji-sung to get married 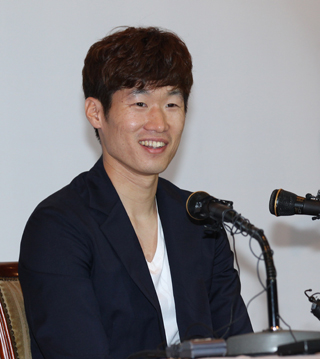 Footballer Park Ji-sung is planning to get married to his girlfriend, SBS announcer Kim Min-ji, according to local media reports yesterday.

The footballer’s father said to one news outlet that the parents of the couple met in August before Park left for the Netherlands where he plays for PSV Eindhoven.

Park’s father said the couple will get married after the football season is over, and right now the couple is just getting themselves ready.

Park and Kim started dating in May and went public with their relationship in June after local media identified them as a couple. Park even held a press conference to discuss their relationship, although at the time the couple denied they planned to get married.

Despite the marriage plans seemingly going ahead, the media is speculating whether Park has even proposed yet, given comments Kim made on SBS radio last month about how she would like to be proposed to. By Lee Sun-min