There’s no hushing up Miss A

There’s no hushing up Miss A 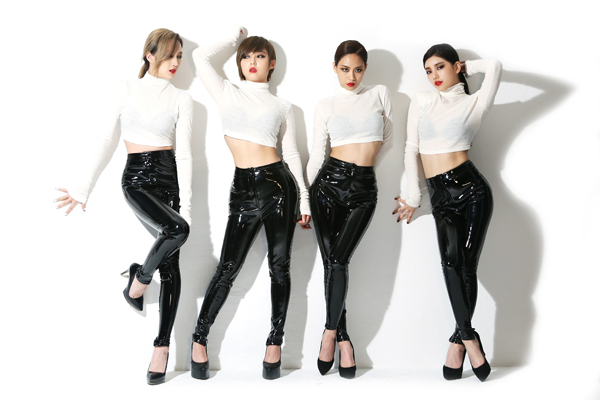 While Suzy has earned the nickname “10 billion won [$9.4 million] girl” because of all the commercials she shoots, her girl group Miss A has been less popular, never really scoring a knockout hit since its debut in 2010.

But with the latest song, “Hush,” the girls are promising they at last have a tune that will take them to the next level. Although the four members admitted to the Ilgan Sports, an affiliate of the Korea JoongAng Daily, in an interview on Tuesday that they may have struggled early on, they say things are different this time around.

Q. How do you feel about being back?

A. Suzy: It has been a year and two months, and time sure flew, although fans may have thought otherwise. I’m so excited, I can’t wait until I perform on stage.

Don’t you feel burdened by moving to a “sexy” concept?

Min: Not really. I think this type of choreography suits us better. We tried to show a more feminine side than powerful, in a more refined way.

Do you think you have become more feminine?

Fei: It has been three years since our debut, and we were so young back then. But now we have grown as women.

Jia: Definitely different from the powerful dancing we previously used. This time we are dancing in a more slinky way to show our sexiness.

What did you talk about before the album release?

Suzy: We said we should find Miss A’s own color. We wanted to appeal as a group rather than having any one member standing out.

How would you evaluate your group’s performance so far?

Min: Our debut song [“Bad Girl, Good Girl”] had a good run. It was a good thing but also a burden. That popularity is like an obstacle we need to overcome. Whenever we release a new song, people say it is not as good and a disappointment. Then we feel bad and try again harder.