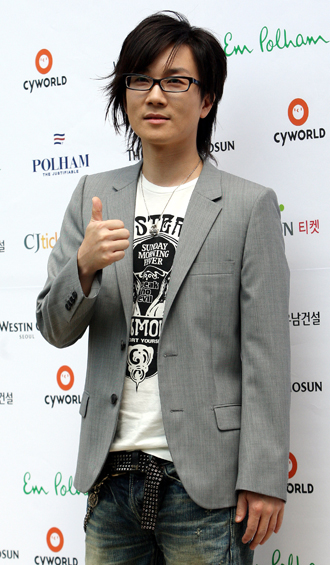 Guitarist Konchi of local rock band Romantic Punch has apologized for comments he made that many thought belittled singer Seo Tae-ji. During a concert on Saturday, the group performed Seo’s song “To You,” and Konchi claimed that the song is about “harassing the underaged.”

Some of the audience took issue with the comment - a conflict that grew when it was discovered the band never received permission to perform the song at the show.

“I never meant to belittle Seo, and I’m sorry that I made a comment that could be misunderstood,” Konchi wrote on the group’s website. “I want to say sorry to audiences who were hurt and felt annoyed at the comment.”

The band also said that it would take responsibility for using the song without any approval.