Taeyang branches out from Big Bang

Taeyang branches out from Big Bang 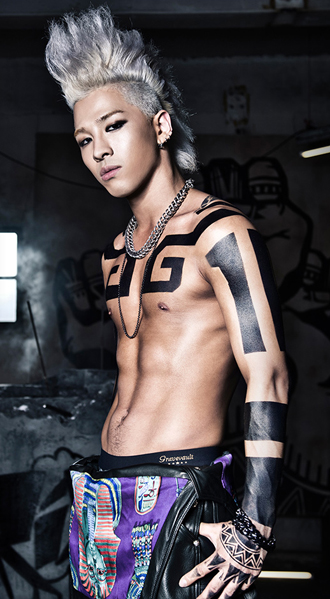 Taeyang of the K-pop supergroup Big Bang released the song “Ringa Linga” earlier this month, the first taste of his second solo album.

So far, the song is doing well. In six days, the all-dance video for the song received more than 7 million YouTube views, while the “official” video picked up 3 million more in four days.

Taeyang, whose real name is Dong Young-bae, spoke with the Ilgan Sports.

Q. Why did you try rapping on “Ringa Linga?”

A. That is the music I’m most attracted to right now. I originally dreamed of becoming a rapper, and what I can do best is hip-hop right now.

Your second album will come out next year, right?

Yes, I have prepared for it three years. As I have recorded the songs that I wanted to try at the moment, there are many different styles, including R&B and hip-hop, of course, as well as some songs inspired by electronica, ballads and rock.

Why has it taken so long?

Because I wanted it right. When I like something and others don’t, I can’t bear it. I waited until the CEO was happy. I kept on trying until he liked it.

Do you blame the CEO of YG Entertainment, Yang Hyun-suk?

I would have restarted from the beginning again if he just said no, but the release was delayed anyway, so I felt bad. But, if I think about it now, I am thankful because it was my persistence that delayed the process.

Do you want to have a solo world tour, just like G-Dragon?

I want to do any type of concert. It doesn’t have to be big. I would go on the street to perform on top of a box.

What does Big Bang mean to you?

Big Bang is the tree and I think I’m one of the branches. Big Bang is my root and I’m ready to do anything for it.

What is your goal, as it has been eight years since your debut?

My goal is to do what I like and what I think is cool. I have figured out how to live as a singer, but there is still homework left to figure out what music and what style of mine most inspires the public. It’s a good worry.

Have you been in a relationship?

As time goes by, it gets harder to meet someone you really like. Of course I’ve been on dates, but that is hardly a relationship. Right now I need love the most.