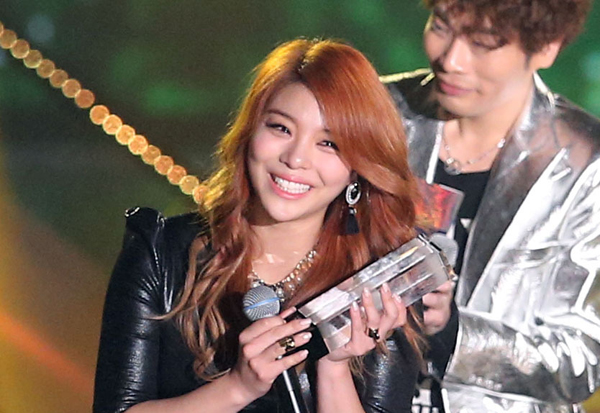 Singer Ailee burst into tears on Thursday while receiving an award at the 2013 Melon Music Awards.

It was the first time she made an official public appearance since nude photos of her were widely distributed on the Internet earlier in the week.

Ailee performed at Seoul Olympic Park in Songpa, southern Seoul, and then came on stage to receive her Top 10 Award, presented to 10 musical artists.

While thanking the audience, the singer started to cry.

“I love all my fans for supporting me and everyone who trusts me and encourages me no matter what,” the singer said.

The nude photos had been taken years earlier, before she became a celebrity. Her management company said it will find the person who released the photos and press charges.