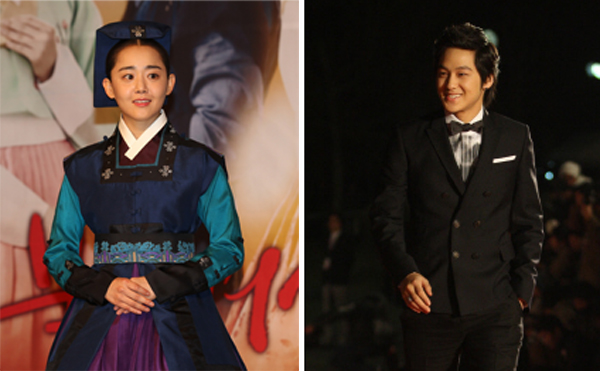 Actor Kim Bum of KBS drama “Boys Over Flowers” and actress Moon Geun-young of SBS drama “Cheongdamdong Alice” are coming back to Korea soon after their joint one-month-long trip across Europe. They will return either Sunday or Monday.

The couple, after they were spotted together by fans while traveling, quickly admitted that they are in a relationship.

The two got close while filming MBC drama “Goddess of Fire, Jung Yi,” which ended its run last month, and then started dating.

Kim is scheduled to take part in a promotional event on Nov. 30 for his previous drama “That Winter, The Wind Blows,” as it will soon be shown in Japan.

Meanwhile, Moon is said to be taking a break for a while.