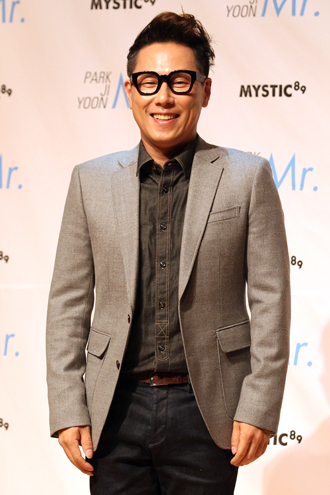 Although Mnet’s survival audition show “Superstar K5” ended its run last week, fans of singer and music producer Yoon Jong-shin, a judge on the program, will get to see him on the same channel very soon.

Yoon will be the host of another survival audition program, this one dedicated to songwriting.

“As Yoon is a very talented singer-songwriter and has a broad range of musical knowledge, we expect him to fit in well with the program,” said an Mnet official.

Titled “Super Hit,” the new show will begin on Nov. 29, and will feature Yoon working as a mentor to the contestants.

This time, however, Yoon will not be a judge. Yoon has been a judge on “Superstar K” since season 3.