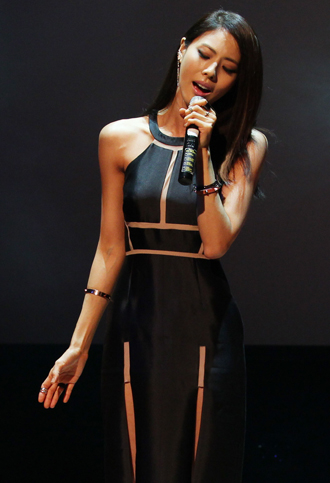 Fans of Park Ji-yoon will be thrilled at the chance to hear the singer’s voice over the next couple of days.

Park, who released the new EP “Mr.” last month, will be a temporary DJ on the MBC radio program “FM Date” for today and tomorrow, said an official at her agency Mystic 89.

The program, which airs at 8 p.m. for two hours, is usually hosted by MBC announcer Kang Da-som. Its main audience is people in their 20s and 30s.

Although Park has not hosted a radio program, she has sat in temporarily.

The lead-off track from Park’s new album, “Mr. Lee,” which was produced by Yoon Jong-shin, has garnered much attention and performed well on the charts.