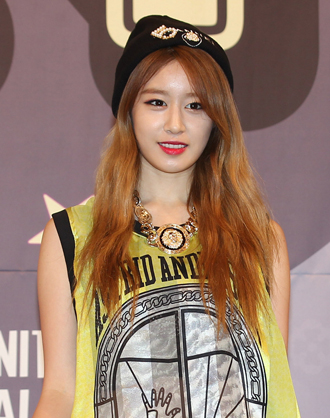 Girl group T-ara is signaling it is ready to return to the music scene with the release of its first teaser images yesterday.

In the photos, released by T-ara’s agency Core Contents Media, girl member Jiyeon can be seen posing in a black sweater, her eyes full of tears. She looks similar in two other photos, but with slightly different facial expressions. Fans seem to be curious but unsure what to make of the artwork.

“2013 What Should I Do” is scheduled to come out on Dec. 2. The song is a remake of the 1977 hit “What Should I Do,” the debut release by the Sand Pebbles, which won them the top prize in the College Music Festival that year.

The composer, Sinsadong Tiger, and others reinterpreted that classic song so it fit T-ara and modern trends.

Teaser images of the other members will be released soon.