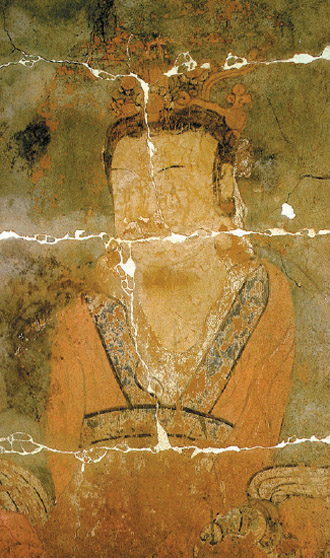 Josadang literally means the shrine for worshipping the founder of a religious sect or temple.

On the wall inside of Josadang are six images - the Four Guardian Kings and two Bodhisattvas - which were being painted when Josadang was built (1377), in the final years of the Goryeo Period (918-1392).

On the earthen wall, the artists first painted the surface green, then drew the outlines of the images. Then they painted on top of the green with the other colors.

The two Bodhisattvas are noble women, elegant and full-bosomed, while the Four Guardian Kings, as guardians against evil spirits, are trampling demons under their feet and feature threatening and menacing looks.

Damaged over many centuries, much of its original form is lost, but the painter’s brushwork is still visible.

Gucci says the fashion show will go on at Gyeongbok Palace