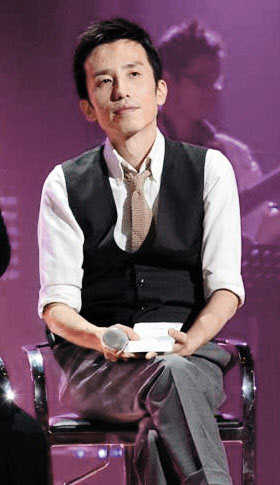 As singer BoA has left the show to focus on developing her career, trying to cross over from singing into acting, singer Yoo Hee-yeol joins fellow judges Park Jin-young, founder of JYP Entertainment, and Yang Hyun-suk, founder of YG Entertainment, to review applicants hoping to make their music dreams come true.

Yoo’s style is apparently to be critical, judging by the first episode. He told one contestant that she was not special and that there are already too many attractive indie artists out there singing their own songs to need another.

But Yoo could also be humorous on occasion.

To one contestant who was having some vocalization problems, Yoo said fellow judge Park would be the perfect go-to person as he is now known in the music industry as “the master of unclogging” - the comment was a playful dig at Park’s reputation for coaching and improving voices, helping many singers sing more clearly. By Lee Sun-min