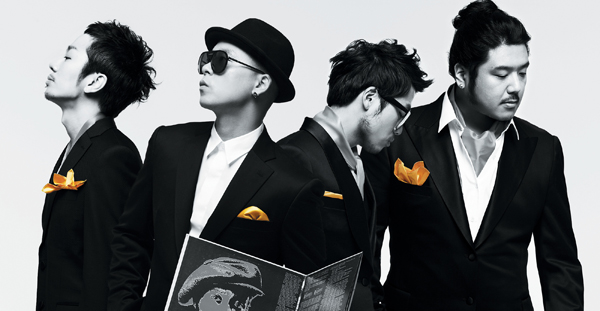 Brown Eyed Soul, a four-member R&B group, will be commemorating its 10th anniversary with a concert around Christmas at Kintex in Ilsan, Gyeonggi. See MUSIC, left. Provided by the organizer

Saturday and Sunday: Lee Seung-gi, the talented entertainer, is back with a concert titled “Concert of Hope.” Since 2009, Lee has performed his “Concert of Hope” each year, taking a different approach to the show’s music and staging each time.

Dec. 6: Kenny G, one of the world’s most famous saxophone players, comes to Korea once more. Ever since his 1992 album “Breathless” sold 15 million copies, Kenny G has been a global icon in smooth jazz and adult contemporary music.

This time, he will be performing with both his band and the Korean Symphony Orchestra, their second time teaming up since 2012.

Dec. 20 to 24: Psy is ready to dance under the moonlight with his Korean fans. The singer’s concerts are always popular thanks to the singer’s nonstop energy on stage.

Psy recently wrote on Twitter that he had a hard time last year despite his amazing international breakthrough because he had to keep performing only “Gangnam Style” and “Gentleman.” For this concert, he will perform around 15 songs, as per usual for his concerts in Korea.

Dec. 20, 21, 24, 25: Brown Eyed Soul, the four-man R&B group, will hold a concert to commemorate its 10th anniversary. The group released new music for the first time in three years earlier this month, an EP titled “Always Be There.”

Dec. 20, 21, 22, 24: One of the best vocalists in Korea, Lee Seung-chul will present his third series of concerts in 2013, “Carol Line.” These shows follow “Beach Voice,” his summer concert in August, and “Love Rain,” his fall concert in October.

Lee is known for his sweet yet powerful voice. He also was a judge on the popular TV show “Superstar K” on cable channel Mnet.

“Carol Line” will kick off in Busan on Dec. 7 and continue through Dec. 31 in Daegu.

The Seoul concerts all start at 8 p.m.

Dec. 31: Korea’s rising electro-dance sensation ushers in the new year and its new album with a big concert. 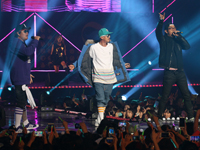 Dec. 30, 31: Hip-hop group DJ DOC will have its first solo concert in two years to celebrate its 20-year anniversary. Its concerts are famous for their party-like atmosphere, full of the group’s many hits.

For the show on Dec. 31, there will be a countdown to the new year.

To Jan. 26: A Korean production of the musical “Wicked” is presented in Korea for the first time. Adapted from the best-selling novel “Wicked: The Life and Times of the Wicked Witch of the West” by Gregory Maguire, the musical is an alterative view of L. Frank Baum’s famous story “The Wizard of Oz.”

Taking the point of view of Oz’s witches, “Wicked” shows how the Wicked Witch of the West and the Good Witch of the North were originally close friends.

To Dec. 22: The West End’s popular musical “Ghost” is presented in Korea for the first time. Adapted from the Hollywood movie with the same name, “Ghost” tells the undying love story of Molly and Sam.

To March 23: Sophie, who lives on a Greek island, is about to be married and wants her father to give her away.

The original Broadway crew is coming to Seoul for this presentation of the popular musical. Made famous by the movie, audiences will appreciate hearing it performed with humor, energy and proper pitch by the original cast.

Dec. 3 to Feb. 23: This musical version of “Carmen” is not based on the famous opera by Georges Bizet, and only slightly on the original novella by Prosper Merimee. With music by Frank Wildhorn, lyrics by Jack Murphy and Norman Allen, and directed by Gabriel Barre, the musical “Carmen” made its debut in 2008 in Prague, becoming the successful music in recent times to debut there.

While the basics of the story are the same - a successful young Spanish police officer, Jose, falls in love with the beautiful gypsy girl Carmen, only to find their love threatened by a jealous suitor - this version is set in a circus in modern times, and features plenty of thrilling stunts and impressive visuals.

Dec. 16 to Jan. 29: This musical is completely based on songs by the late Kim Kwang-seok, one of Korea’s most important singers from the late 1980s and early 1990s, before his untimely death in 1996.

Kim would have been 50 years old in January. His songs, like “Around 30,” “Become Dust” and “Although I Loved You,” are some of the most iconic from that era. Twenty-four songs made famous by Kim are included in the musical.

In addition, this is the musical directorial debut for Jang Jin, for many hit movies, including “Guns and Talks”(2001) and “Romantic Heaven”(2011). Jang has also directed numerous works for the stage, including “Welcome to Dongmakgol,” which was later turned into a huge hit film.

“December” is the story of tangled love. Ji-wook and his best friend Hoon both loved E-yeon, who disappeared without a trace when they were in their 20s. But Yeo-il loved Ji-wook, while Seong-tae was secretly in love with Yeo-il. After 20 years, Ji-wook meets a girl who looks just like E-yeon, and soon the past and present collide.

Ji-wook is played by the idol singer Kim Jun-su from the K-pop trio JYJ for some shows, and others by actor Park Gun-hyung.

“The Nutcracker” is a wonderful staple of ballet, along with “The Sleeping Beauty” and “Swan Lake,” thanks to the great combination of Pyotr Ilyich Tchaikovsky and ballet choreographer Marius Petipa.

Based on the story “The Nutcracker and the King of Mice” by E. T. A. Hoffman, the ballet tells the story of a little girl who, one Christmas Eve, dreams of a Nutcracker Prince and takes part in a fierce battle against the frightening Mouse King.

Saturday: The dance-theater hybrid “Sensation,” created in 2000 in Amsterdam, the Netherlands, returns to Korea with the theme of “Wicked Wonderland.”


Event information is collected from the Korea Tourism Organization and tickets for most events are available at ticket.interpark.com/global or by calling 1544-1555.