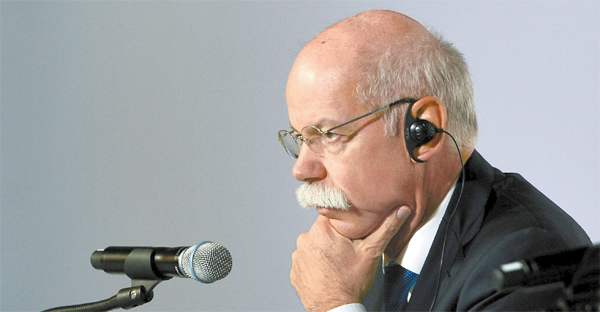 Dieter Zetsche, chairman of Daimler AG and head of Mercedes-Benz Cars, announced the group’s future plans for Korea yesterday, including an R&D center next year.

Zetsche said the Korean market has been a pivotal player in the brand’s success. Mercedes-Benz Korea sold 20,822 units in the first 10 months of this year, a 20.5 percent increase from a year ago, according to data from the Korea Automobile Importers and Distributors Association. The passenger car sales volume is enough to make Korea the 13th-largest passenger car market for the company, according to the 60-year-old chairman.

“We believe Mercedes-Benz Korea has the potential to double its sales volume by 2020,” Zetsche said at a press conference in Yeouido, western Seoul. “It is important to know that Daimler is committed to invest in business in where we do business.”

In Daimler’s investment plan for Korea, Zetsche said the company plans to establish a Mercedes-Benz R&D center beginning next year, although the location and amount of investment wasn’t revealed. Zetsche said the German automaker wants to utilize the “brains” of Korea. 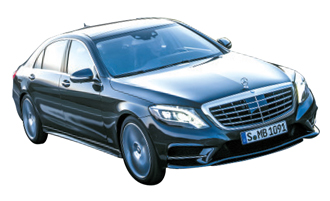 “The key purpose of this new center is using Koreans’ talent and expertise in telematics, with the goal of performing faster and more flexibly for Korean customers’ new needs for integrated connectivity,” he said. “Of course, for the future, Korean technology also can be shared across our product line worldwide.”

Zetsche also announced that Daimler will build a new training center with a capacity of more than 2,100 employees a year when the facility is completed. It will be able to accommodate 320 trainees at a time.

While most foreign cars are criticized in the local market because of delayed after-sales service and expensive parts, Zetsche said the group also is trying to solve that problem by completing a parts distribution center.

Mercedes-Benz is building a PDC in Anseong, Gyeonggi, scheduled to be completed by June next year, after injecting 52 billion won ($48 million).

“The new PDC will double our warehouses, allowing us to store approximately 35,000 parts for rapid distribution to our dealers,” he said. “It will improve our ability to serve our Korean customers and enhance service quality.”

For Daimler’s last plan of “Korea 2020,” Zetsche said the company will create a social contribution fund next year as a part of its CSR program, which involves Mercedes-Benz Korea, Daimler Truck Korea, Mercedes-Benz Financial Korea and dealers.

Meanwhile, Mercedes-Benz Korea yesterday unveiled the new S-Class, which will be the company’s fourth new model this year after the CLS Shooting Brake, E-Class and A-Class.

“Our objective, humble to say, is to design and build the best cars in the world,“ Zetsche said. “It [S-Class] will offer an unprecedented level of comfort and luxury.“

The new flagship sedan is the sixth-generation version. Mercedes-Benz Korea said the S-Class will come in six models ranging from 129.9 million won to 213 million won.

The luxury sedan is equipped with various safety features and is the first car in the world to use road surface scan technology to adjust the height of suspension automatically.

“The Korean customer is a demanding customer who is very savvy especially as far as Internet technologies and electronics are concerned, and therefore it’s kind of like Frank Sinatra singing about New York: ‘If you can make it there, you can make it anywhere.’

“[Korea is] such an important yardstick for your capability to satisfy your customers.”