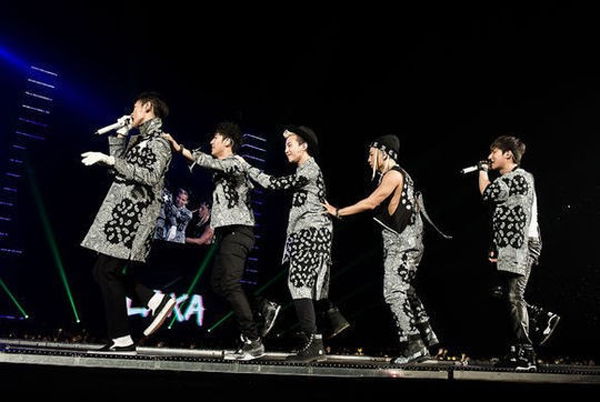 Big Bang kicked off its Japanese tour over the weekend in a triumphant manner in Osaka. The group performed 30 songs in shows on Friday, Saturday and Sunday, with individual members returning to the stage for encores to show off their original material.

The band will return to the venue next month from Jan. 11 to 13.

The boy band will have performed six times over the last two months at the Kyocera Dome for some 300,000 fans. This is a significant feat for the K-pop band as it is quite rare to put on six shows at the same venue.

The group performs next at the Fukuoka Dome on Saturday and Sunday, at the Nagoya Dome on Dec. 14 and 15, and then in Tokyo from Dec. 19 to the 21, after which they will take a break.

The group will have performed for 770,000 fans in Japan by the tour’s end in January.