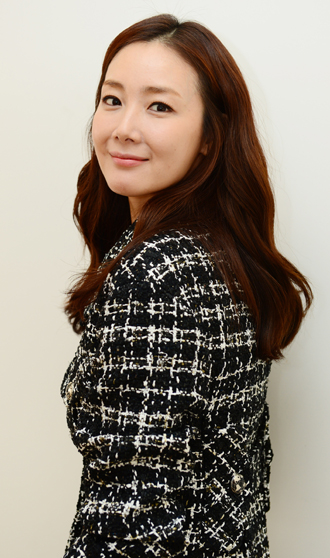 Pure, innocent and bright are some words used to describe the roles actress Choi Ji-woo has played in major dramas, including “Winter Sonata” in 2002 and “Stairway to Heaven” in 2004.

However, she ditched that image in SBS drama “Suspicious Housekeeper,” which ended its run late last month, as she played a housekeeper who rarely shows facial expressions but gets chores done for a family of four children. The drama, originally made in Japan in 2011, was titled “Kaseifu no Mita,” which translates to “Mita the Housekeeper.”

Choi, who is ready to embark on the second chapter of her acting career, met with Ilgan Sports, an affiliate of the Korea JoongAng Daily, to share more of her thoughts on the drama.

Q. How do you feel about the drama coming to an end?

A. There are some things I wish could have been different, but I don’t have regrets. I would have been able to show better acting if I were in a better condition and I were given time to get familiar with the scripts. But, there is never any work you can be 100 percent satisfied with.

Were you not in a good condition?

I didn’t get much sleep. I have taken part in many different dramas, but this was the first time I was not able to sleep this much. There were lots of scenes with me, and most of them included many cast members. Even though I didn’t have a line to read, I had to just stand in the background many times. Also, working with children delayed the filming process a bit. Although they are very talented, they got tired easily when it was getting late.

Was it the first time you worked with children?

Yes. I had never worked with my own child in the [drama] or a nephew or a niece, and then I got four at once. I felt happy just watching them, and they followed me because they liked me a lot.

Many fans were shocked when you played the character with indifferent facial expressions. What was the reason behind choosing the role?

I actually did not want to do the role when I was first offered it. Many of my acquaintances said no to the role as they didn’t think that a robot-like character goes well with me. However, I was reading the script on my way to Canada to take a summer vacation, and I changed my mind. I planned on staying there for about two months, but I came back to Korea 10 days after I decided to take the part.

Do Japanese fans like that you tried this drama?

They loved it. Of course, fans in Japan have compared the work with the original a lot. I heard that many were saying, ‘Does the drama have to be exactly like the original?’ Then, toward the end, I started to hear more positive reviews than negative ones.

How did you act without showing any facial expression?

I tried my best to show everything through my eyes. Sometimes, as I needed to show my determination through my eyes, it was hard for me to not blink.

What are you doing next?

I’m going to take some time for myself and take it slow. I want to do a period drama, which I have never done.