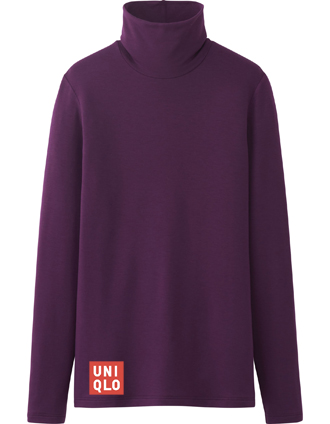 At the time, young people were reluctant to wear long underwear, even in the biting cold, because they saw it as unfashionably and thought it made them look fat. Things changed with the emergence of slim-fitting, fashionable Heattech.

Since its release, Heattech has been flying off the shelves, attracting popularity among consumers of all ages and both genders.

In 2010, about 1.1 million Heattech products were sold in Korea; by the following year sales nearly tripled to 3 million. Last year, an estimated 5 million were sold, bringing cumulative sales of Heattech in Korea to more than 10 million.

Heattech’s performance caught the attention of other casual fashion companies, and discount store chains are now vying for a piece of the action.

For this winter, market leader Uniqlo released Heattech with enhanced functionality in a fabric as light and elastic as skin.

The fashion company said it enhanced thermal insulation by creating more layers of air in parts that touch the skin.

Uniqlo expects sales of Heattech, including the Extra Warm version, to increase from 20 percent to 30 percent compared to last year. 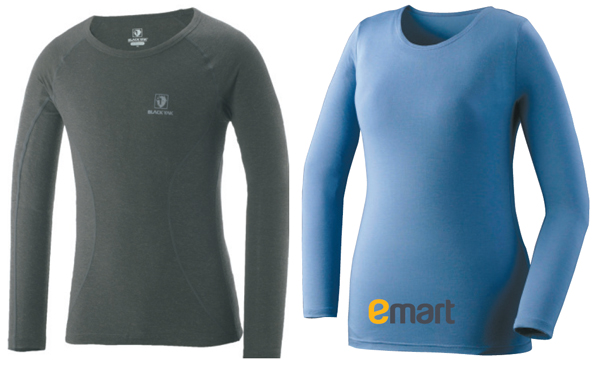 Domestic fashion brands such as Daiz, Top10, SPAO, Paulham and Basic House are introducing their own underwear to challenge the dominance of Heattech.

“After releasing Heatfill for the first time last year, sales of long underwear increased 10 percent and the rate of those in their 20s wearing it rose 9 percentage points to 30 percent due to the recent cold snap,” said a spokesman for E-Mart. “We recognized the growth potential and developed Heatfill to enhance fashion so it could substitute for T-shirts inside jackets and coats for young people in their 20s and 30s.”

Top10’s new fashionable underwear brand - On Air - has been a smash hit, with stores selling out in November.

With exceptional heat retention and a comfortable fit, On Air comes in three styles such as V-neck and U-neck for both men and women and seven colors from size 85 to 110.

This year’s version of Warm Heat offers enhanced thermal function and increased antibacterial, moisturizing and deodorizing properties through the addition of collagen processing technology to the garments.

And this year the Warm Heat line has expanded to include socks, hats, training suits and jeans.

Heaton has the ability to quickly absorb and dissipate moisture with a soft and comfortable fit that can be worn for both indoor and outdoor activities.

“While a power shortage is expected this winter, products that maintain body temperature in the cold are appropriate goods that conform to government policies on saving energy,” said Park Jung-hoon, deputy head of the product planning department at Black Yak.

“Targeting those young people who dress in layers of thin clothing in winter, our Heaton brand, which added fashionable design along with thermal insulation, will attract popularity as basic items for the winter.”