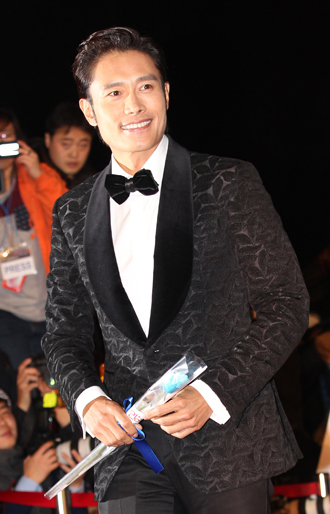 Lee Byung-hun has been recognized in Queensland, Australia, for his achievement as a Hallyu actor at the Asia Pacific Screen Awards.

The 43-year-old was given the best performance by an actor award for his role as King Gwanghae and his impostor in last year’s hit movie “The Masquerade.”

Although Lee couldn’t attend the ceremony, which took place on Thursday, the producers of the movie were there to receive the award on his behalf in Brisbane.

In its seventh year, the awards show recognizes the work of filmmakers from the Asia-Pacific region. This marks Lee’s first overseas award, and it is significant as the Korean actor is making more of a name for himself worldwide.

This year alone he has been in two Hollywood films: “G.I. Joe: Retaliation” and “Red 2.”

Meanwhile, other Korean movies to claim awards at the APSA were “Juvenile Offender” (best children’s film) and “The Fake” (best animated film).

Lee Choon-yun of the production company Cine2000 was also acknowledged by the International Federation of Film Producers Associations for his role in the Asia-Pacific region.